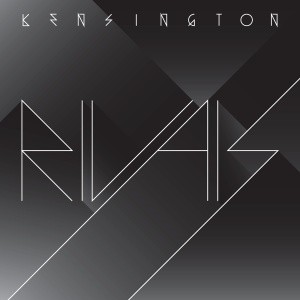 Kensington is a rock band from Utrecht, Netherlands. The band was formed in 2005 and has released two EPs and two albums since then. Their first album Borders was released in 2010. Its follow-up, Vultures, came out in 2012. Current band members are singer/guitarist Eloi Youssef, singer/guitarist Casper Starreveld, bass player Jan Haker and drummer Niles Vandenberg.

Kensington was formed in 2005 by singer/guitarist Casper Starreveld, bass player Jan Haker and drummer Lucas Lenselink. Singer/guitarist Eloi Youssef joined the band in 2006. Kensington’s first official releases appear in 2007 on Stuck in a Day Records: two-song promo single An Introduction To… and the five-song Kensington EP. This self-produced EP was recorded in the Second Moon Studio of Dutch folk singer Hessel van der Kooij, on the island of Terschelling and was mixed and mastered by Martijn Groeneveld in the Mailmen Studios in Utrecht. The Kensington EP received good reviews, from Dutch music platform MusicFromNL for example, which showers it with praise. “The band effortlessly combines different styles and moods into a comprehensive sound. (…) The quartet from Utrecht show musical sophistication on this debut. These five songs exhibit Kensington’s prowess, originality and musicality. It is a well-produced, diverse and catchy record.” The band played several shows in 2007 with Dutch touring showcase festival the Popronde,[3] and as support for bands such as American indie rock band Movies With Heroes. They also appeared in TV shows on Dutch music channel TMF and in online and printed music magazines such as alternative pop platform 3VOOR12.

At the end of 2007, drummer Lucas Lenselink decided to leave the band. Lenselink felt that his own ambitions do not match those of his band mates anymore. He explained that a career in music is not what he envisions for himself and that he wanted to focus on finishing his studies at university.[6] After auditioning a couple of new drummers, Niles Vandenberg, former drummer of Griffin, joined Kensington in February 2008. Niles does share the ambitions of the rest of the band and is seen as “a great addition”.

Together with Niles, the band start working on their second EP. This EP, called Youth, was released on December 12, 2008 on Dutch indie label Snowstar Records. Youth received positive reviews from MusicFromNL, amongst others, which praises the inventiveness of the song structures and the professional-sounding production. The Youth EP generates attention from several record labels and the band eventually signs with Bladehammer/EMI. A label that shares the band’s high ambitions.

Dutch radio station 3FM included Kensington in its Serious Talent program. A program that aims to support local talent by providing air play on 3FM and by hosting shows around the country. In addition to this, Kensington were invited to be the support act for Razorlight, My Chemical Romance and The Wombats for their shows in the Netherlands.