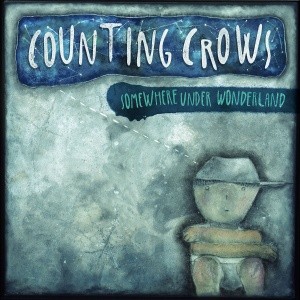 Somewhere Under Wonderland is the seventh studio album by American rock band Counting Crows, scheduled for release on September 2, 2014, through Capitol Records. It will be available on CD, vinyl and as a digital download. The album is the band’s first release of original material since 2008’s Saturday Nights & Sunday Mornings.

The album marks the band’s first release on Capitol Records. After parting with original label Geffen Records of 18 years in 2009, the band released two live albums and a studio album of cover songs independently. While touring in the “Outlaw Roadshow,” a traveling festival show sponsored by the band in part with the music blog Ryan’s Smashing Life, the band began to write new material. After recording independently, they shopped the album around to eight or nine labels and finally signed with Capitol.