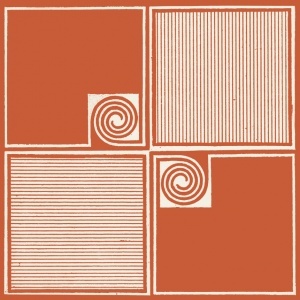 Allah-Las is an American rock band from Los Angeles, California formed in 2008. The band consists of Matthew Correia (percussion), Spencer Dunham (bass), Miles Michaud (vocals, guitar), and Pedrum Siadatian (lead guitar). When the band got together, three of them – Correia, Dunham and Siadatian – were working at Amoeba Music.

They released their first 7-inch recording in 2011, Catamaran/Long Journey, produced by Nick Waterhouse for his Pres label. In 2012, they released a second single, Tell Me (What’s On Your Mind)/Sacred Sands, produced again by Nick Waterhouse but this time for their new label, Innovative Leisure. One reviewer commented that “their sound is steeped in the pop sensibilities of The Zombies and The Kinks, laced with Northern Soul, lo-fi funk and the ever-enduring influence of Arthur Lee and Love”. Allah-Las were featured in a Daytrotter session in May 2012 and their performance of Catamaran was named one of the top 200 Daytrotter songs of the year.

In September 2012, Allah-Las released their self-titled debut LP, also produced by Nick Waterhouse for Innovative Leisure. The album has been described as a “lost treasure dug up from the sand and polished to a perfectly faded sheen” and “a classic debut record, on the one hand immersed in melancholic nostalgia but on the other, enthused with a timeless charm”. In October, 2012, NPR’s World Café featured two songs of Allah-Las, noting that “the music captures the carefree, breezy sounds of California… dreamy romanticism [with] a vibe that can feel both joyous and melancholy”.

Allah-Las completed their first tour in 2011, up the California coast from San Diego to San Francisco. They toured the East Coast and Europe during 2012, where their first show in London, UK was described by The Guardian as “a blissful 45 minutes on a cold night”.